Hyperthermia usually is taken to mean a body temperature that is higher than normal. High body temperatures are often caused by illnesses, such as fever or heat stroke. But hyperthermia can also refer to heat treatment – the carefully controlled use of heat for medical purposes. Here, we will focus on how heat is used to treat cancer.

When cells in the body are exposed to higher than normal temperatures, changes take place inside the cells. These changes can make the cells more likely to be affected by other treatments such as radiation therapy or chemotherapy. Very high temperatures can kill cancer cells outright (thermal ablation), but they also can injure or kill normal cells and tissues. This is why hyperthermia must be carefully controlled and should be done by doctors who are experienced in using it.

Current instruments can deliver heat precisely, and hyperthermia is being used (or studied for use) against many types of cancer.

How is hyperthermia used to treat cancer?

Treatment can be local, regional or whole-body hyperthermia, depending on the extent of the area being treated.

Local hyperthermia is used to heat a small area like a tumor. Very high temperatures are used to kill the cancer cells and destroy nearby blood vessels. In effect, this cooks the area that is exposed to the heat. And, as with cooking, the higher the temperature and duration of exposure, the greater the effect seen within tissues. Thermal ablation comprises the treatments where very high temperatures cause irreversible damage to cells whereas smaller rises in temperature constitute mild hyperthermia. Radio waves, microwaves, ultrasound waves, and other forms of energy can be used to heat the area. When ultrasound is used, the technique is called high intensity focused ultrasound, or HIFU, sometimes also referred to as just focused ultrasound.

The heat may be applied in different ways:

Radiofrequency ablation (RFA): This is probably the most commonly used type of thermal ablation. RFA uses high-energy radio waves for treatment. A thin, needle-like probe is inserted into the tumor for a short time, usually about 10 to 30 minutes. The probe is guided into place using ultrasound, MRI, or CT scans. The tip of the probe puts out a high-frequency current that creates very high heat and destroys the cells within a certain area. The dead cells are not removed, but become scar tissue and shrink over time.

RFA is most often used to treat tumors that cannot be removed with surgery or for patients who are not able to go through the stresses of surgery. It can usually be done as an outpatient. RFA may be repeated for tumors that come back or start to grow. It can also be added to other treatments like surgery, radiation therapy, chemotherapy, hepatic arterial infusion therapy, alcohol ablation, or chemoembolization.

RFA can be used to treat tumors up to about 2 inches (5 cm) across. It is most commonly used to treat tumors in the liver, kidneys, and lungs, and is being studied for use in other areas of the body. Long-term outcomes after RFA treatment are not yet known, but early results are encouraging.

In regional hyperthermia a part of the body, such as an organ, limb, or body cavity (a hollow space within the body) is heated. It isn’t hot enough to destroy the cancer cells outright. It’s usually combined with chemotherapy or radiation therapy.

In one approach, called regional perfusion or isolation perfusion, the blood supply to a part of the body is isolated from the rest of the circulation. The blood in that part of the body is pumped into a heating device and then pumped back into the area to heat it. Chemotherapy can be pumped in at the same time. This technique is being studied as treatment for certain cancers in the arms or legs, such as sarcomas and melanomas.

Another hyperthermia technique can be used along with surgery to treat cancers in the peritoneum (the space in the body that contains the intestines and other digestive organs). During surgery, heated chemotherapy drugs are circulated through the peritoneal cavity. This is called continuous hyperthermic peritoneal perfusion (CHPP), also known as hyperthermic intraperitoneal chemotherapy (HIPEC). In studies, this has seemed helpful in treating certain types of cancer, but it isn’t yet clear if it is better than other types of treatments.

Another approach to regional hyperthermia is deep tissue hyperthermia. This treatment uses devices that are placed on the surface of the organ or body cavity and produce high energy waves directed at a certain area. These devices give off radiofrequency or microwave energy to heat the area being treated.

Whole-body heating is being studied as a way to make chemotherapy work better in treating cancer that has spread (metastatic cancer). Body temperature can be raised by using heating blankets, warm-water immersion (putting the patient in warm water), or thermal chambers (much like large incubators). People getting whole-body hyperthermia are sometimes given sedation (medicine to make them feel calm and sleepy) or even light anesthesia.

A person’s body temperature may be raised as if they had a fever, which is sometimes called fever-range whole-body hyperthermia. Studies suggest that this may cause certain immune cells to become more active for the next few hours and raise the levels of cell-killing compounds in the blood. Some researchers take the body temperature higher, around 107° F, for short periods of time. Other studies are testing hyperthermia and chemotherapy along with other treatments that are designed to boost the person’s immune system to help fight cancer.

Pros and cons of hyperthermia

The possible side effects of hyperthermia depend on the technique being used and the part of the body being treated. Most side effects don’t last long, but some can be serious.

Local hyperthermia, such as RFA, can destroy tumors without surgery. Scientists agree that it works best when the area being treated is kept within an exact temperature range for a precise period of time. But this isn’t always easy to do. Right now it is hard to accurately measure the temperature inside a tumor. And keeping an area at a constant temperature without affecting nearby tissues can be tricky, too. To add to this, not all body tissues respond the same way to heat – some are more sensitive than others. For example, the brain is very sensitive to heat, even the lower temperatures used in whole-body hyperthermia.

Doctors are finding better ways of monitoring the temperature at the site being treated. Small thermometers on the ends of probes can be placed in the treatment areas to be sure the temperature stays within the desired range. Magnetic resonance imaging (MRI) is a newer way to monitor temperature without putting in probes.

Side effects of local hyperthermia

Local hyperthermia can cause pain at the site, infection, bleeding, blood clots, swelling, burns, blistering, and damage to the skin, muscles, and nerves near the treated area.

The major advantage of regional and whole-body hyperthermia is that they seem to make other forms of cancer treatment work better. Heating cancer cells to temperatures above normal makes them easier to destroy using radiation and certain chemotherapy drugs. But careful temperature control is a must with any type of hyperthermia.

Side effects of regional and whole-body hyperthermia

Side effects depend on what part of the body is treated and how high the temperature is raised. Whole-body and regional hyperthermia can cause nausea, vomiting, and diarrhea. More serious, though rare, side effects can include problems with the heart, blood vessels, and other major organs.

Since regional and whole-body hyperthermia are often given with other cancer treatments such as chemo and radiation, side effects from these treatments may be seen then or at a later time.

Experience, improved technology, and better skills in using hyperthermia treatment have led to fewer side effects. In most cases, the problems that people have with hyperthermia are not serious.

The future of hyperthermia

Hyperthermia is a promising way to improve cancer treatment, but it is largely an experimental technique at this time. It requires special equipment, and a doctor and treatment team who are skilled in using it. Because of that, it’s not offered in all cancer treatment centers.

Many clinical trials of hyperthermia are being done to better understand and improve this technique. Researchers continue to look at how hyperthermia is best used along with other cancer treatments to improve outcomes.

Studies are also looking at ways to reach deeper organs and other sites that cannot be treated with hyperthermia at this time. Current studies are looking at how it might work to treat many types of cancer,
including the following: Bladder Breast Cervical Endometrial Head and neck Esophagus Kidney Liver Lung Leukemias Melanoma Neuroblastoma Ovarian Pancreas Prostate Sarcomas Thyroid

Hyperthermia (also called thermal therapy or thermotherapy) is a type of cancer treatment in which body tissue is exposed to high temperatures (up to 113°F)(41.66C).

Research has shown that high temperatures can damage and kill cancer cells, usually with minimal injury to normal tissues. By killing cancer cells and damaging proteins and structures within cells hyperthermia may shrink tumors. 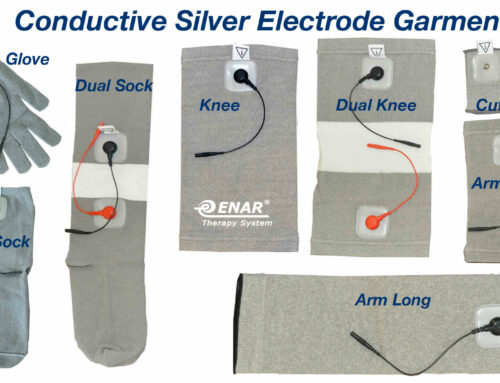